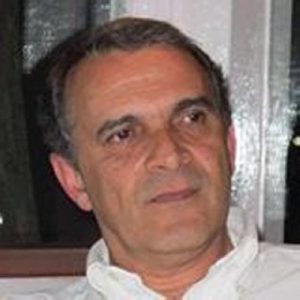 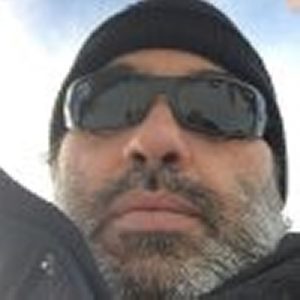 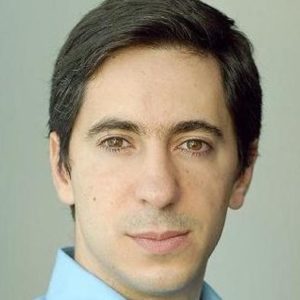 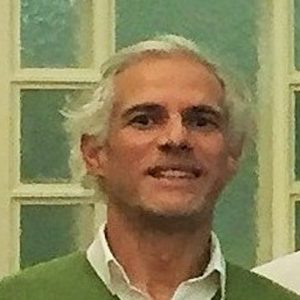 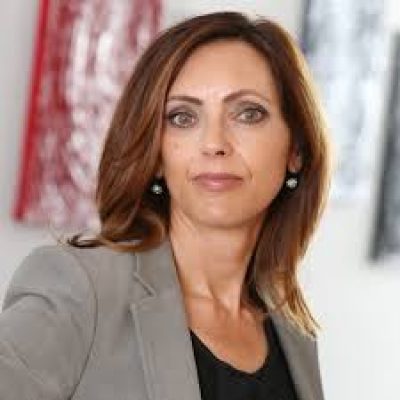 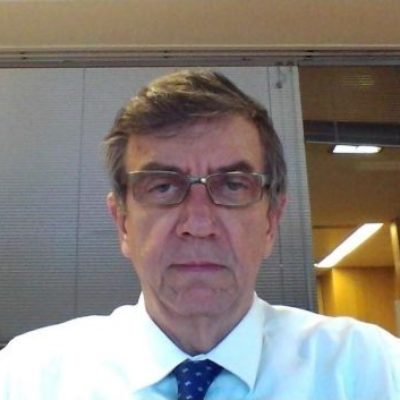 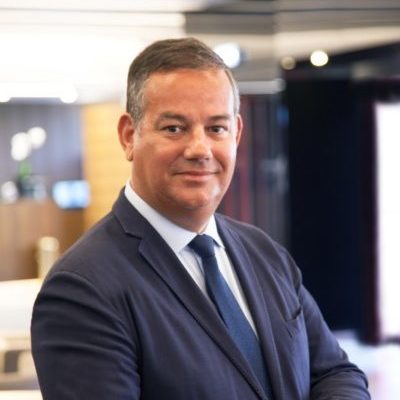 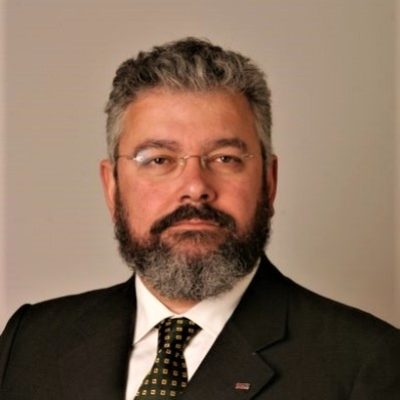 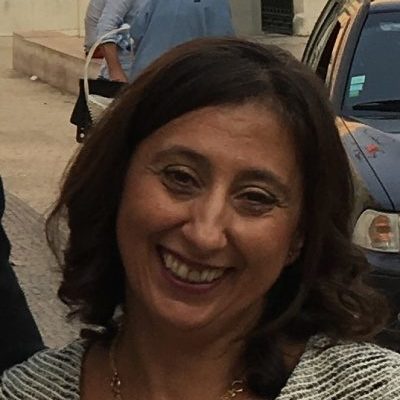 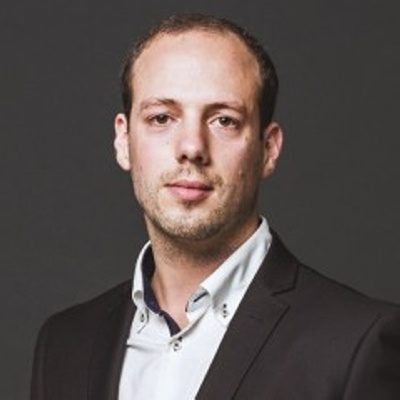 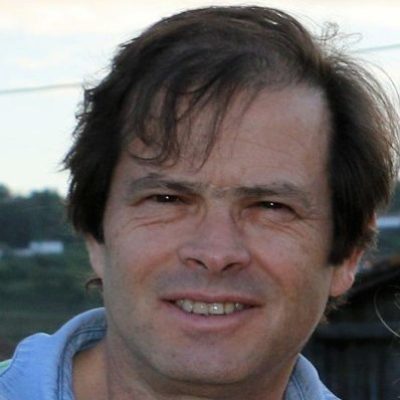 Degree in Business Organization and Management from ISCTE
In the last 10 years, it has developed in Portugal the activity of strategic business consulting in several business areas, particularly in the Security, Financial Services, Health and Law Firm sectors. Previously he has developed global and financial management activities in Brazil, in the areas of Civil Aviation, Agro-Livestock, Real Estate Investments and Commerce. He started his professional career in banking in 1989, where for 13 years he worked with banks BNU, BBVA and BPI.

Degree in Business Organization and Management from ISCTE and Postgraduate in Prospecting, Strategy and Innovation from ISEG.
At the moment Partner of 4 business projects to RVO (Consultancy, Accounting and Venture Capital), Loudness Films (Post-Production), Grumpy Panda (Producer Audiovisual content) and OBC (Real Estate) where it exerts functions of administration and executives. Advisor to different companies, advisor to private investors and Mentor. Previously, between Portugal, Angola, Mozambique, Poland, Romania and Serbia was co-responsible for the development of various business projects. 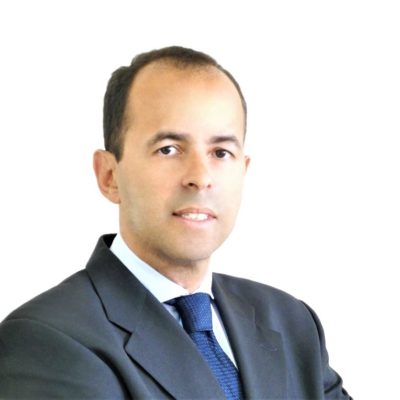 Since January 2018 he is SENIOR PARTNER of OUTCONSULTING – Consultancy and Management Services.

Has approximately 20 years of Experience in the Area of Financing and Renting Automobile. He was Director of Portuguese Branch of PARCOURS RENTING (integrated in ALD Automotive) where he was responsible for starting this company in Portugal. He was also Deputy Commercial and Marketing Director at UNIRENT / EUROPCAR (integrated in LEASE PLAN) and Key Account Manager at GE FLEET SERVICES and LOCARENT.

He also has extensive experience with Financial Analyst in Investment Banking / SFACs and Leasing. Member of the Board of ALUMNI CLUBE ISCTE between 2013 and 2015. He holds a degree in OGE-Business Management from ISCTE.

Managing Partner at LC Ventures and CEO of Best Horizon SGPS
MBA and Degree in Computer Engineering by FCT / UNL.
Business Angel with approximately 60 companies invested in Portugal, Spain, the United Kingdom, the Netherlands, France, Brazil and USA, being member of the Board of Directors in several investees. He was Director of Investments at Novabase Capital and Aitec SGPS. He was previously Director of Marketing at TIMw.e. and OutSystems. He was also a Strategic Consultant at Gemini Consulting. 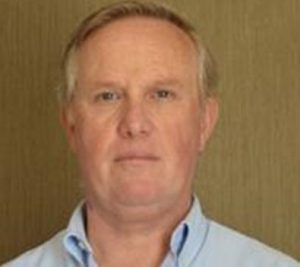 Graduated in Business Administration (ISCTE), MBA (Univ. Nova de Lisboa) and Postgraduate in Strategic and Innovation Prospective (ISEG).
He currently supports, as a consultant, Business Development in SMEs.
Has developed activities in the financial, commercial and general management areas in several sectors of activity.
He collaborated in the development of systems of evaluation of organizational performance, methodology of Balanced Scorecard, in organizations of reference, IRN, IPQ, IPMA, etc.
TELEPAC, IVECO, Grupo A. Silva & Silva and QUIDGEST were among the organizations to which it was connected.
He was part of the NET, a program to support SMEs under the management of IEFP, as a consultant to CITEFORMA. 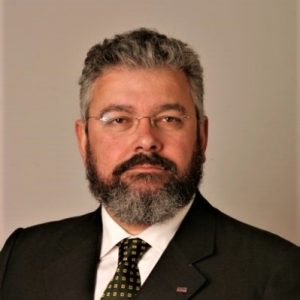 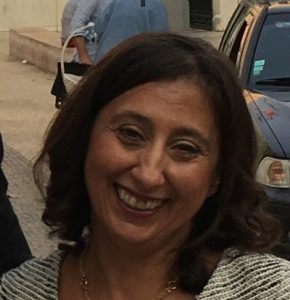 Degree in Organization and Management of Companies at ISCTE, and postgraduate degree in Financial Auditing. He began his professional career in Auditing, he was Financial Controller in several national and international business groups, as well as Financial Management, a position he currently occupies in ARESTEL SA, a company that operates in the fiber optic market. With a certificate of professional aptitude for the training area, he ministered several training courses in the area of taxation, being a member of the Order of Certified Accountants (OCC). 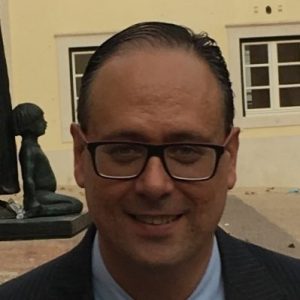 Post-graduate in Business Finance and Bachelor in Organization and Management of Companies by the Higher Institute of Labor and Enterprise Sciences (ISCTE). He is the Administrator of a Group of Real Estate and Tourism Promotion Companies (Promovalor, S.A.), responsible for the administrative and financial management of the Group in Portugal and in its international geographies, Brazil and Mozambique. Her professional experience, besides being dedicated to the financial management of the company, is complemented by experience in the analysis and management of real estate and tourism investment projects, among others. Since 1996, he has been a Trainer for the Management area, with Certificate of Professional Aptitude (CAP) and has participated in several training courses. You are enrolled in the Order of Certified Accountants (OCC). 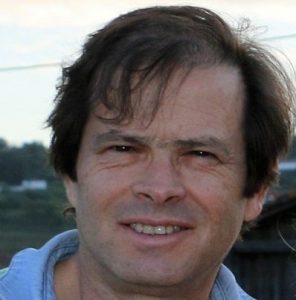 Managing Partner of Expand Capital.
He was responsible for the management of Mercados Financeiros e Tesouraria at Standard Bank in Angola.
Between 2009 and 2011 he was Statutory Director and member of the Executive Committee at Banif Banco de Investimentos Brasil, in São Paulo, with responsibility for Treasury, Foreign Exchange Market and Fixed Income.
He joined the Banif Group in 2000 and made a career in the direction of capital markets, treasury and asset management with a particular emphasis on fixed income, credit and emerging markets markets.
He started his career at Ernst & Whinney and also worked at Fincor and Banco Finantia.
He holds a degree in Business Administration and Management from Universidade Católica Portuguesa de Lisboa. He holds an MBA in Finance from CASS Business School in London. 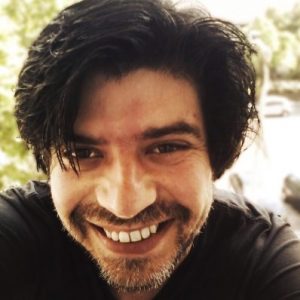 MEng in Electrical Engineering and Telecommunications, MSc in Management, executive MBA and post-graduate training in Marketing and Management, complemented by professional and executive training.

Professor in Higher Education since 1997, Certified Trainer by the CCPFC

Director of mobile web business areas of mobile operators (TMN and Optimus) from 1998 to 2008. Founder and Director of web business development company since 2008. Co-founder of several projects in the area of e-learning, social networks, health , tourism and wellness. 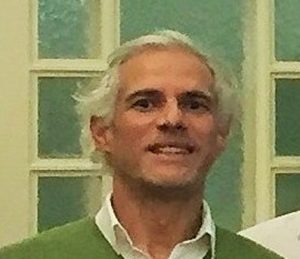 Carlos Eduardo holds a degree in Management from ISEG, a Postgraduate Degree in Maritime Transport Management and Port Management, ISEG and a Postgraduate Degree in Economic and European Criminal Law from the University of Law of Coimbra. Currently, he is working on a master’s thesis on Industrial Management and Strategy at ISEG on the subject of maritime fraud prevention, taking into account the use of blockchain technology and DLT systems. He was the Chief Financial Officer of MOVIJOVEM, the company that manages Youth Hostels and Youth Card in Portugal, and was the Administrator of Mediterranenan Shipping Company in Mozambique for more than a decade. At the same time, he develops projects in the field of real estate investment. He is a non-executive member of the Board of Directors of Instituto Leonardo D`Vinci, an entity that holds the Lisbon School of Technology and Arts, which teaches degrees in the areas of design and performing arts. 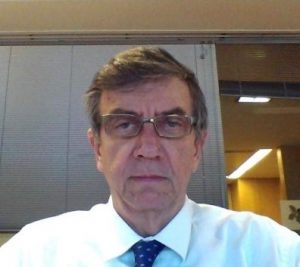 37 years in the banking area in executive functions. Administrator of national and international bank (s) in several countries, Portugal, Spain, Brazil and Mozambique. I led commercial teams in retail with banks that had large expansion projects. Responsible for agency networks at the national level. As main focus the development of people and teams, rationalization of work, quality of care and continuous improvement in customer service.

Licensed economics applied in 1977 in Belgium with distinction. More than 30 courses at various financial institutions.

As current objectives; to support entrepreneurs in new businesses, small and medium-sized companies or in strategic consulting / advisory services to large companies in the financial or commercial networks area. 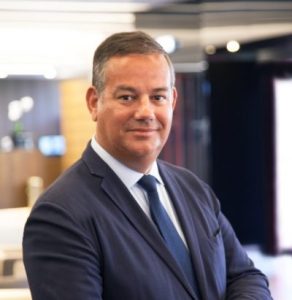 Director of hotel at Hotel Olaias Park in Lisbon.
Degree in business management from Universidade Lusíada and specialization in Business Management from AESE, as well as International Hotel Managment from ESTHE.
To develop work in commercial banking for a decade, after having run a family company producing wines in Alenquer for the same period. 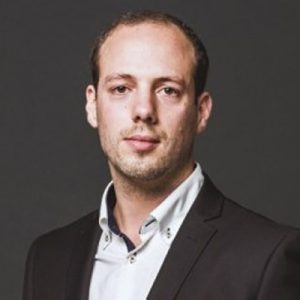 Focused on the development and progress of projects. The best friend of the entrepreneurs!

PhD in Mechanical Engineering in the field of Welding Technology.

He has about 16 years of professional experience, where he collaborated in the area of design and design. Was Technical and Commercial Manager of Pinhol (Industrial Equipment).

Has carried out several projects of reference in Portugal, in particular in Coimbra. It has several articles and conferences held in Portugal, Angola, Brazil, Russia, Spain and England.

Find out more or adjust your settings.

This website uses cookies so that we can provide you with the best user experience possible. Cookie information is stored in your browser and performs functions such as recognising you when you return to our website and helping our team to understand which sections of the website you find most interesting and useful.

Strictly Necessary Cookie should be enabled at all times so that we can save your preferences for cookie settings.

If you disable this cookie, we will not be able to save your preferences. This means that every time you visit this website you will need to enable or disable cookies again.

This website uses Google Analytics to collect anonymous information such as the number of visitors to the site, and the most popular pages.

Please enable Strictly Necessary Cookies first so that we can save your preferences!